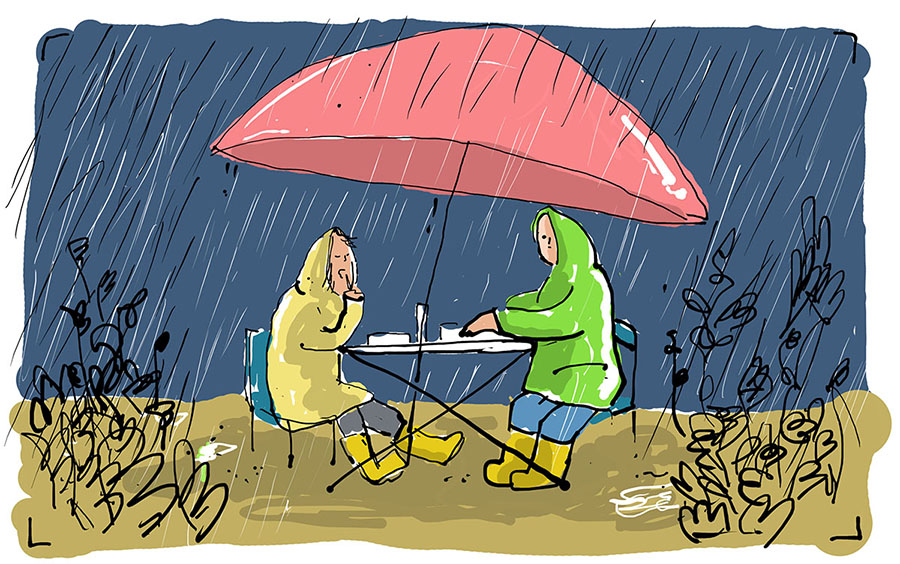 The unmade photo by:
Tiberiu Crișan

Someș River, Grigorescu neighborhood, 2018. It was a rainy day. On the undeveloped, dirty and wild side of Someș, an old couple stood at a camping table and eating. They had been properly equipped: he had a green cape, she had opened a huge umbrella. They were eating quietly, even thou outside there was raining cats and dogs. I stopped the car across them, glad that I had the telephoto lens, I lowered the window and feverishly made some pictures. I did it poorly, letting the camera decide for itself what exposure time to use, so the atmosphere I was dreaming of – something slightly unclear, a dense curtain of rain drops, remained only in my mind. On the sensor I only had a clear picture, from which one can not understand why two villagers were enjoying their meals in the rain.

Photojournalist and event photographer, he has experimented with several forms of photography over time. He is currently both a wedding photographer and a radio operator. You can hear his voice daily on EBS Radio.