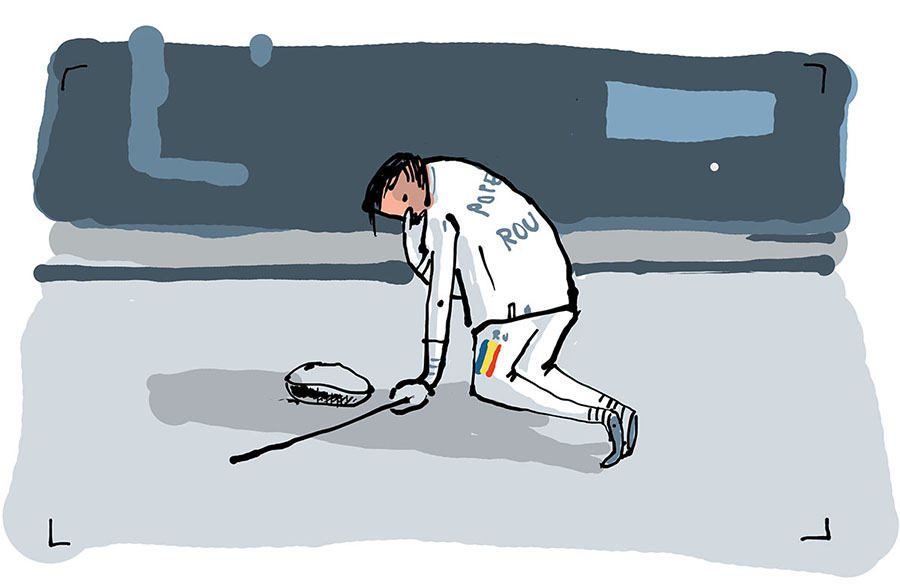 The unmade photo by:
Raed Krishan

London, Olympic Games, 2012. Romania’s female sword team was the favorite for the gold medal. In the first encounter, the Romanians had the South Korean team in front of them. Under pressure and with shaky legs, our girls panicked as the difference grew on the table. Their state of mind got worse in the following encounters, with Italy and Germany. So much that during a relay, Ana Maria Popescu knelt on the floor, took her mask off and wept. That’s the moment I wanted so much to shoot. Why did I miss that picture? Because the photographer does not decide on the priorities at a sports newspaper. A mundane photo at an interview with a federation director, miles away, on the roof of Canary Wharf building, was more important than a cruel photo, one that would have told the story of the day.

He’s a sports photographer. He started at the Transylvania edition of the Sports Gazette, but in the meantime he moved away in Bucharest. He has photographed the most important national and international competitions, from the 4th League Football Games to the Olympic Games.