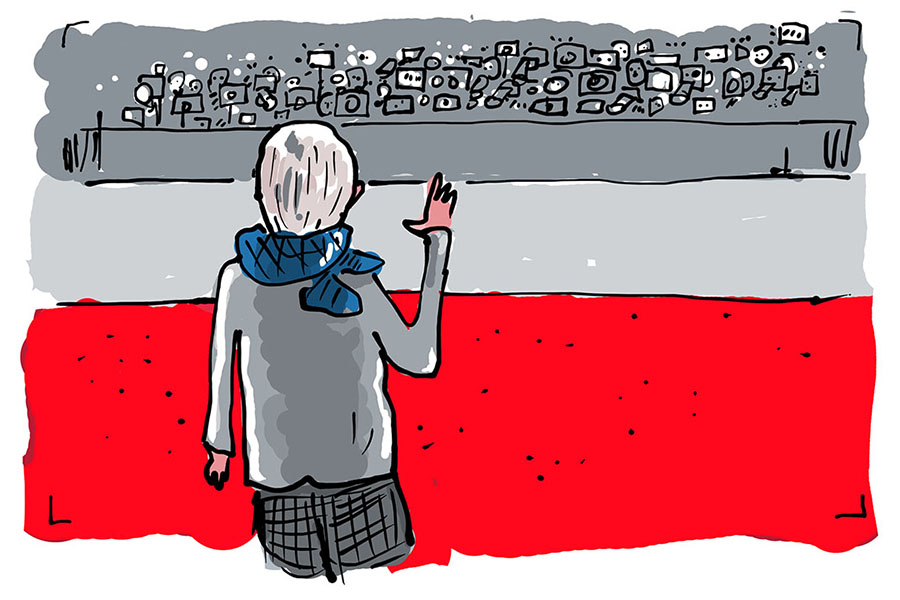 The unmade photo by:
Nicu Cherciu

Transylvania International Film Festival, 2017. The Unirii Square was shrouded in silence, the whole world freckled by excitement, waiting for Alain Delon to show. Then, the actor appeared and took the first steps on the red carpet and the crowd was simply exalted. It was a great atmosphere. Plus a lot of phones and cameras trying to take a picture of him and flanking the red carpet. I did not get to take my picture because there were colleagues from the press at the end of the red carpet, and I would have entered their frame, covering Alain Delon as he was moving along quickly. So I fled as quickly as possible to the press sector.