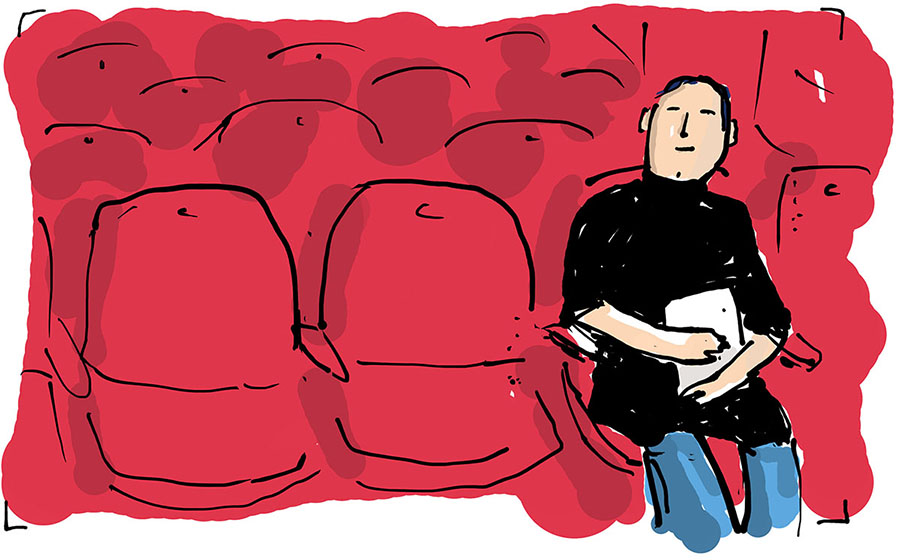 The unmade photo by:
Mircea Albuțiu

Bucharest National Theater. The actors were ready to make a public rehearsal. The theater was way behind with finishing the decoration, so the rehearsal was delayed. The director, a young and kind gentleman, cared for the audience, answering questions about the concept of the play. After he had finished the dialogue with the audience and the beginning of the rehearsal was approaching, he took his seat in the theatre hall. Being impressed by the director’s personality, I approached him and asked him if he would allow me to photograph him. He answered kindly and said ”yes”. I went right in front of the first row so I could compose the photo nicely. The light was good, everything was okay. All I had to do was to press the trigger. But right at that moment, all the lights in the room went out.

He was born in 1968 and currently lives in Cluj-Napoca. He is an independent photographer and author of documentary films. He works on long-term projects in the field of dance and jazz.