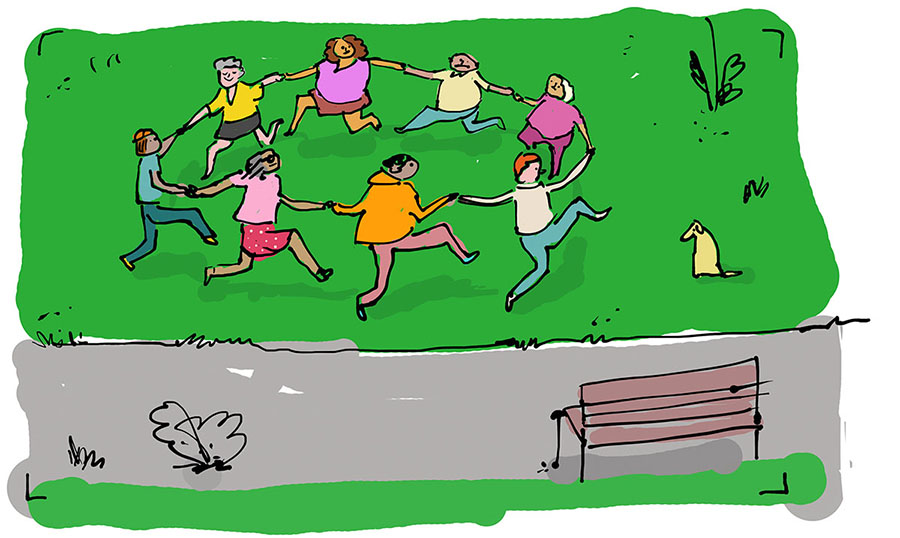 The unmade photo by:
Marius Mariș

Jazz in the Park, Pata Rât, 2018. There was a big “hora” (people in a circle, hands in hands) and the people were dancing, no matter their ethnicity. Of little importance was if the music they were hearing was “beautiful” or “mișhto”, they were dancing as if tomorrow did not exist. At that very moment, I changed my lens, thinking I’d catch the whole “hora”. But when to press the button, someone pulls my sleeve, “Sir, can I take a picture?” The first child, who could barely hold the camera in his hand, took a picture. A few seconds later, around 10 children gathered, eager for an ad hoc “workshop” of photography. Everybody wanted to get the camera. So, I have not caught the “hora” frame myself, but I do have a bunch of blurred frames, the photos made by the young photographers in Pata Rât.

Photoholic, designaholic, writeaholic, advertaholic, musicaholic, smileaholic, WORKAHOLIC. He has an endless energy that never seems to end. He takes pictures for the biggest festivals and events in the country, but also engages in many volunteer projects in an attempt to make a change.