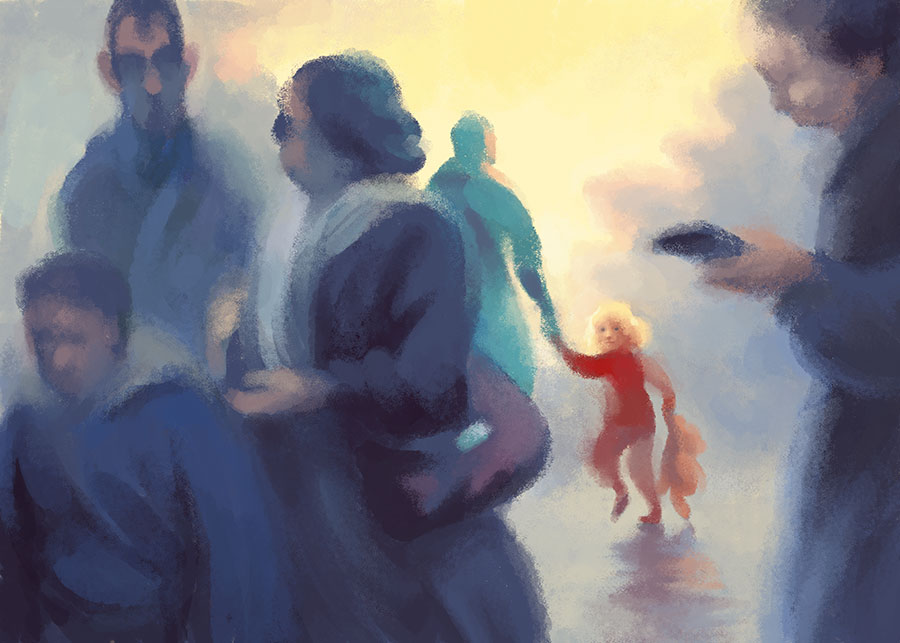 The unmade photo by:
Andreea Retinschi

I think there is a special place in the mind of every photographer where they keep those photos that they never took. At first, I would see them vividly, like looking at the printed photo, but lately, timidity or the lack of reaction are no longer the reason why I don’t take a photo, but rather the fear of braking GDPR laws. I no longer store anything on this imaginary memory card.

A photo which I did not take out of timidity, but I have it in front of my eyes to this day, was with a girl in London. I was visiting for the first time, in my early twenties, with my first DSLR around my neck. She was on the street, walking alongside one of her parents and holding a huge teddy bear in her arms. For a second, she turned around and looked straight into my eyes. Everyone was walking, the city was humming, but time froze for that one instance. I know that it doesn’t sound like much, but one of my teachers told me that sometimes we photograph exactly what we are at that moment. And a few years before, I used to be the little girl with the teddy bear, in a foreign land. This photo that was never taken is the x-ray of another photo that does not exist.

She shoots mostly portraits, but will take a photo of anything that touches her soul at a certain moment in time.

We use cookies on our website to give you the most relevant experience by remembering your preferences and repeat visits. By clicking “Accept”, you consent to the use of ALL the cookies.
Cookie settingsACCEPT
Manage consent